Our professionals have extensive experience in all aspects of business operations and financing across a variety of industries, bringing decades of tested knowledge and applicative learnings to our portfolio companies. Fundamentally, we believe that management teams should run companies and drive the creation of value, but they are not alone in the game. We work alongside our management teams by leveraging our strategic acumen, operating experience and leadership skills to enhance the quality of execution and the probability of success. 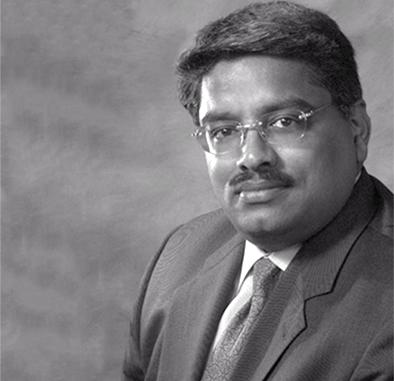 Bala Ramamoorthy is the Founder and Managing Director of the Briley Group responsible for Briley's overall strategy and growth.

Prior to establishing Briley, Mr. Ramamoorthy founded several successful companies across a variety of industries including aviation, transport, technology, and business services. He has founded and served as an executive officer of ProLease, Interpro, National Payroll (sold to Talent2), Paystaff, XcelHR and Bjets (now part of the Tata Group), among others. He is a recipient of the Mass Mutual Blue Chip Award and a three time finalist for the Ernst and Young Entrepreneur of the Year Award.

Mr. Ramamoorthy was a financial sponsor and a Managing Partner with Corstone Capital, a private investment firm with interests in the US and Asia. Through Briley Group, he has invested in various companies with interests that encapsulate aviation, business services, technology, hospitality, real estate, shipping and retail. Mr. Ramamoorthy has served on the boards of numerous private companies and charities.

Peter Finch is a Director with the Briley Group responsible for finance and administration.

Prior to joining Briley, Mr. Finch worked at BNP Paribas and was a Managing Director of BNP Paribas Trust Corporation Limited. At BNP Paribas, he was instrumental in establishing and developing the trust and fiduciary services business in Singapore and promoting wealth management services globally.

Prior to BNP Paribas, Mr. Finch worked for the Hong Kong office of Barclays Bank Plc. Activities included spearheading the development of wealth management services in Asia. Prior to Barclays Bank Plc he worked for over a decade with Ernst & Young in Jersey Channel Islands.

He is past Committee Member of the Society of Trust and Estate Practitioners in Jersey. He has held the positions of Secretary and Treasurer to the Singapore Trustees Association and held the position of Honorary Auditor.

M N Kannan is a Director with the Briley Group, and maintains broad responsibilities for managing Briley's Asia portfolio and driving new business investments and initiatives.

Prior to joining Briley, Mr. Kannan was a Senior Manager with the CFIB practice of PricewaterhouseCoopers in India, for over seven years working across strategic and financial advisory offerings including client advisory, corporate mergers and acquisitions, joint ventures, strategic alliances and private equity funding. Prior to PricewaterhouseCoopers, he worked in financial operations for a leading manufacturer and was subsequently a CFO and investment manager for a middle market merchant bank.

Mr. Kannan has more than 20 years of experience in financial advisory services including managing IPOs, open offers, SEBI compliance issues, valuations, identification of joint venture partners, capital formation, and business plan creation, with a principal focus on the manufacturing, IT and ITES sectors.

Mr. Kannan is a qualified Chartered Accountant and a Cost Accountant. 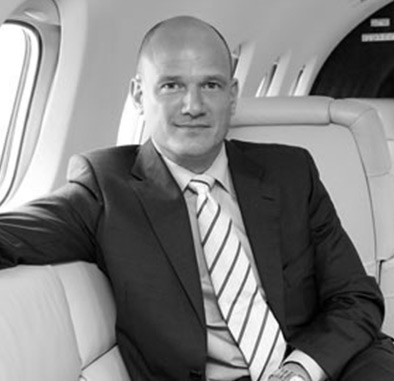 Mark Baier is a Director with the Briley Group responsible for driving key strategic and operating initiatives within Briley's investment portfolio, with a focus on the aviation and hospitality industries.

Prior to joining the Briley Group, Mr. Baier was a Director at NetJets and FlightSafety International, both, Berkshire Hathaway companies, as well as a Director at TAG Aviation, part of the TAG Group, the then owner of TAG Heuer watches and the McLaren Formula One racing team.

Mr. Baier holds a BA in Economics & International Relations from Claremont McKenna College and is a licensed commercial pilot. He has lived in Europe, the US and Asia, and speaks several languages fluently. Professionally he has extensive international business experience.